Hit enter to search or ESC to close
Finding purposeMarkd

From Google to Leafcutter…and finding purpose

It all started at Google…

I joined Leafcutter after I left my corporate job to find myself in the middle of half-time, a term that was coined by Bob Buford in his best selling book of the same name.

The book refers to half-time as a pause in the road on a journey to finding purpose, something I believe we can embark on as personal but also company brands. But before all this (back in 2013 to be exact), I went on a business trip to Google HQ in California. It also happened to be the time the movie, The Internship with Vince Vaughn and Owen Wilson was being filmed.

I couldn’t believe I was at Google, only an arm’s length away from Vince and Owen (first name basis, ha ha)!!

I didn’t know then that this moment would have unusual relevance to me some years later.

I am at Leafcutter – a young tech company, 5 years old at the time and run by two purpose-driven co-founders.

How I came to be at Leafcutter is a whole other story. But let’s just say, starting out there as Head of Client Partnerships felt like my very own Vince and Owen at Google internship.

I was in my 40s, suddenly working 100% of the time in a purely digital technology space with millennials. People I would have hired previously were now my colleagues and even bosses. And yes, we were only a generation apart but some of these differences felt as long as the Golden Gate bridge. I was all for disrupting myself, but had I gone a step too far?

My new team seemed to find great meaning in the streams of Matrix-like code that appeared on their computer screens.

I, on the other hand, held on to my notebook as if my life depended on it. Apparently, we were a paperless company.

Goodbye printer and physical folders and hello Google Drive. But wasn’t that why I had gone to Google in the first place? To become more tech-savvy?!!

The true meaning of reverse mentoring

In Leafcutter, I experienced a new form of learning that we now know as reverse mentoring. I was a senior marketing leader that had clearly grown up with the television of things and not the internet of things. And in my previous corporate role, managing my stakeholders, my team and my KPIs left me zero time to focus on my own learning, let alone the pros and cons of machine learning.

I don’t believe this challenge is unique to me.

As business leaders, if we aren’t able to attend the new training courses, let’s make sure we at least connect and source some of our ideas from the young people in our organisations. They are the closest to the changes we need to see and the tools that can make those changes happen.

So back to Leafcutter.

I had to take a serious dose of humble pie realising, I can learn something around here. In turn, I was able to influence the company strategy and brand positioning.

This has helped them articulate their purpose more clearly:

To connect our love for technology with our belief in humanity, to change the world

What’s so exciting about finding purpose is its relevance to companies and to people. Using the same tools, I had applied to Leafcutter, I began to deconstruct my own why to come up with the following:

Many notebooks later, this has led to the creation of Markd –  a purpose-driven branding and marketing collective. We use world-class marketing tools with a digital-first approach to step up brand and company performance.

If you are an SME wanting to find more purpose as you go about your business, you now have someone to talk to :). 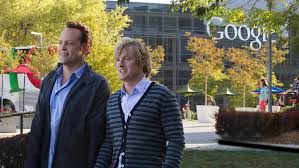